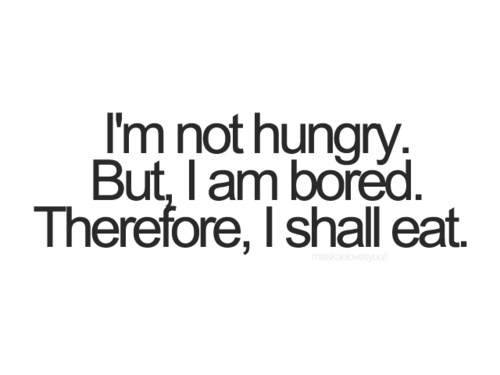 Everything they’ve told you is wrong.

First… the pricing on EMPIRE & ACES is fixed.  I will be updating that site eventually but I’m not pushing it right now.  I feel really depressed and baseless not having a combat sports gym to train out of .  It’s probably about about 55% of my depression right now.  The rest of the depression being my shit-ass career and being in Chicago.  I’m fine having no real friends so long as I am doing something interesting.  I have to keep learning, exploring, challenging myself.  Problem is that I am of an age now, nobody wants to interact with me because I’m a woman who chose never to have kids or a mate and still want to do the things that everyone else does. It.Does.Not.Compute.  So I get treated off.  I mean I always have been treated off but its so much worse now.  I think it is a combination of the fact I’m an old ass bitch and because of social media.

I mean nobody really read my shit on social media anymore anyway so coming back to my way of doing things isn’t really a big deal.  Nobody reads this either.  Nobody cares if I live or if I die.  I’m mostly over that, to be honest.  So long as I have money in my pocket and an adventure on the horizon, I honestly don’t give two fucks what anyone has to say because I’m enjoying myself in my own way.

I just do not enjoy myself in Chicago, esp. when I’m not training and I have no business prospects.  Basically, I have no prospects in life right now in general… everything is just an exercise in wasting time until I die.   Maybe that’s why I keep trying to find the most dangerous things I can do.  Cave diving… deep technical diving.  People die doing that more than just sitting at their cube, thinking about the class of wine they are going to to have as they secretly fantasize about someone other than their spouse and tune out the screaming rug rats.

But with that in mind, because I’m bored, I’ve decided to fuck around with my body because that’s something to do.  Right now, I’m focused on the concept of eating and food.  I do IF (intermittent fasting) from time to time and actually when I am in Thailand, I do it without thinking about it. When I am in Thailand, I feel GREAT.  I mean I feel amazing there.  I don’t need any vitamins or any supplements and I don’t take my medications- I don’t need them.  I come back to Chicago and I get sick and miserable again.  Anyway, I realize that I eat now because I am bored.  My job is boring so I look forward to eating just for an excuse to go out or not stare at my computer.  I don’t train anymore, so I cook up shit to kill time and basically waste money. When I really think about it, I’m not very hungry when I eat… I just eat because I feel like that’s what I should do at that time.

So here I am today, and I’ve been 18 hours without food.  And I’m honestly really not hungry.  I’ve only thought about eating moments that I have a gap in brain activity.  I’m going to go a full 24 hours without eating then I will eat probably some chicken and a salad.  I feel better when .  I train better fasted.  It’s all that noise that tells us how we should eat and how we should live our lives that makes us unhappy.  If people would just let me do what I wanted to do without getting in my way or causing me drama, I’d be so much happier.  But it never works out that way.  I’m digressing but yeah, I’m going to try fasts instead of 16 and see how I feel, how my body responds.  Not like I have anything better to do right now anyway.  I’m just waiting to see when my contract ends so I can see if I really can make my next adventure happen.

I’m starting to get negative on it now.  I don’t think I will have the money I need.  I don’t think I will be extended until June.  If I don’t find someone to sublet my apartment, then I might be able to go for a month or two again but that’s just not enough time. Certainly not enough for me to get done what I need to do.  In addition, no one will help me with my cat (figures) so I have to give her up and that’s making me sad.  I feel like a loser for that but I can’t sit my ass here (you should have thought about it when you got that cat.  Hey, when I got that cat, I still though I might have a friend or two, I was training, and I had shit jobs that made me miserable, but I had some things in my personal life that got me excited and again I thought I had friends.  It’s only in the last year I realized that I have no friends, everyone is using me, no one respects me, and people keep trying to get money out of me and I will never succeed.  Had I know the truth when I got the cat, I would have never gotten the cat…)

So yeah, I’m in a terribly awful, depressing, holding pattern.  I’m trying to find things to amuse me, mostly I really want to sleep because my dreams are way more interesting than my day to day life.  You’re supposed to live in the moment but my brain is never here.  I don’t like it here so I’m always thinking about how and when is the next time I can get away.

I guess I’ll make myself a cup of unsweetened tea to kill ten mins of my life.

The Adventure Beings to Work Itself out…